Forums for the DisturbedOnes Guild on Cenarion Circle

» ICE GOT HIS ACC BACK FROM HACK

This is intended to start a discussion of how Fragments of Val'anyr will be handled.

I will give my opinion and why.

I think a seperate DKP system should be established for those who can use it. Paladin/Shaman/Priest/Druid with precedence for main spec healers. This DKP could only be used on the shards.

I feel this way because it requires 30 shards to start the quest. Also it isn't really fair to make people spend DKP against people who could never use it anyways. I know the same could be said for anything, the difference is the massive amount of DKP one would have to spend to get this one item (3000).

One might argue just make it cost less DKP, like 10. The problem with that in my mind is then you force the healers into a situation where they could either roll on nothing ever stockpile DKP till they get it. Which isn't good for progression. Or give up on ever getting it.

Do you know if this will be 30 different types of shards, or 30 shards total? If it's 30 shards total, I think it would make more sense that we decide who will get the first 30. That way we get the benefit of someone having it as quickly as possible.

It's 30 of the same. One has a small chance to drop from every boss in Uldaar.

I suppose you could handle it that way. I don't think the benifit to raid progression is enough is enough to risk alienating all the other healers that are putting in the work as well.

They have a 15% drop rate. Assuming you got 2 per full clear it would take a 15 full clears to give it to one person. You never know whats gonna happen in someoneslife 4 months from the time you start giving them the shards and if that person either decides to stop playing, join another guild or is forced to quite playing due to life circumstance we have noone with any shards at all.

Also once we get to the point where we have cleared Uldaar that many times I would hope that the moderate benifit of one person haveing the mace will make little difference in whether we progress or not. In my mind it's more of a vanity thing by that point.

I would hate to risk alienating healers that feel like they are putting in just as much work as the person decided to recieve the fragments getting alienated and leaving over it.

You could modify the DKP system so that only those considered regulars can roll though. I think that might address some of your concerns

I personally like the idea of doing the same thing for the mace as for the Key from Sapph. Some people have been raiding with us for a long time, and have built up lifetime DKP. That shows commitment to me. We dont necessarily have to free-roll the fragments between those people, but I feel those people with high lifetime DKP should have the first pieces.

My own opinion is just to have those people really interested in it to sit down at some point and talk about how they want the pieces handled. Since, to be honest, it's their item and so they should have the say in what happens with it.

I dont believe that you need the key to raid Malygos. Just one person needs the key to unlock it. The original idea was to give it to someone who would just be there to continue the raid should Bo not be there (or me, or aurisa, and so on down the line). However, since the key also allowed just one person the oppotunity to get (what was widely considered) the best neck piece up until that time, we also did not want it going to people who werent going to come back.

If the mace will have little or no impact on a person's ability to raid or on the raid as a whole, then I'd suppose it wouldnt be worth setting anything up in the first place to discuss who'd get it

A couple months of raiding is long-term to me. In fact, any person who's shown to raids regularly enough and reliably enough would be top of my list (which is a relative list existing in my head for the most part). But, basically it's anyone who's come more than three times kind of thing. Doesnt have to be several months worth of raiding, I'd think. We'd be cutting out some potentially great people. On the same token though... there are some people who ARE regulars, who I'd say shouldnt get this item. Mostly because they dont show much commitment to our raid, or they're fussy and whiny.

And what I meant by "those interested in having it, discussing it" is simply that. Not everyone will want this mace. You might scoff at anyone not interested and say they're foolish, but it's their choice to turn it down if they dont want to go through the hassle of collecting the pieces and going through the whole song and dance for this one item. Additionally... the only people who will even have the opportunity to get the fragments would be the healers who come with us; not every single dick and jane in the guild-at-large.

I would say that at the very least, when it all comes down to it, anyone interested in having the fragments had better speak up soon and voice their input (even just to say they want it in this post for instance). Else, the decision will be made without them!

(as a side note... the person THEMSELVES needs to post their interest. no one should be posting for another person that they're interested or not)

I would be willing to go for it for healing, since that seems to be what I end up doing anyways. Only if others had better healing gear than what I had at the time the first shard drops though.


/edit/ I will try to raid as much as possible, but I might be going to night shift.

As one of the healers who has been raiding from the very beginning with DO I think I should put my say in. My opinion is you guys have no reason to worry about it; you're not healers:) I believe that the 5 or 6 of us regular healers should sit down and decide for ourselves. Even if we decided to do a random roll to see who gets them first i still think it should be our decision. You cannot get much more fair then that if we all agree on how to handle them. As for new healers coming in, well sorry to them but we have been hurting for healers in our raids for a long time and I believe those few of us who have been there consistantly should have priority to get them (or else you are going to have some very disgruntled people). So if any of the others healers have opinions on this I would be interested to hear:) 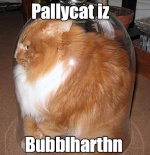 However we decide on who should be first to collect the 30 shards, we need to factor attendance ( past and future). Since it is as small percentage drop per boss in Ulduar, we need this included in any criteria. If whoever we decide to get the shards miss a raid when it drops, then more than 1 person will be getting the shards, which would make it longer than 4 months to obtain all the shards.

I agree that the healers that have been raiding for awhile should be given priority. Maybe some of the criteria should be:

1. Must be a Regular Raider ( not alternates that raids off and on )
2. past raid attendance ( lifetime DKP )
3. main spec only ( however you signed up for Naxx 25 raid and Ulduar 25)
4. future attendance ( may not be feasible, but some people know their works schedules for atleast a month in advance )
5.......not sure whatelse to determine

The people that meet the criteria, should be the ones that decide who gets the shards. I would also suggest that we have Bo and some officers ( that are not in consideration ) look over the process and make sure it is fair.

My sentiments are the same as Aurisa's.